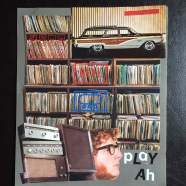 100th Monkey Studio is an open art space that feels very cozy: two group tables ringed wall-to-wall with art supplies of every kind. For a scant twelve bucks each, we walked over post-vino to “do something creative.” Few things freeze my brain like being set up to “do something creative.” Except doing so on a timeline with endless possibilities of media before me, such as on Wednesday One. 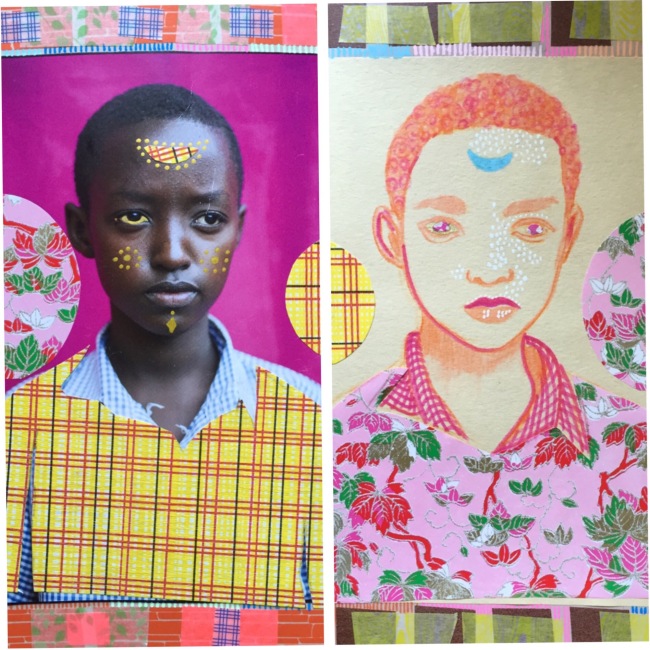 Because we had about an hour and forty minutes (after orientation) we all veered toward collage, each drawn to whatever was on the brain. I had just finished reading Americanah, by Chimamanda Ngozi Adichie, supplemented by flying over Legos, Nigeria via Google Maps. The little dude and his school uniform also reminded me of one of my sponsored International Children and my experience visiting primary school kids in Kenya. So I started with him and my predictable Japan-o-phile love of origami. I did a quick sketch of him with watercolor pencils to make a diptych. I now wish I would’ve stopped there, but highlighted and decorated with dots, and then went to town with my Japanese washi tape stash at home. 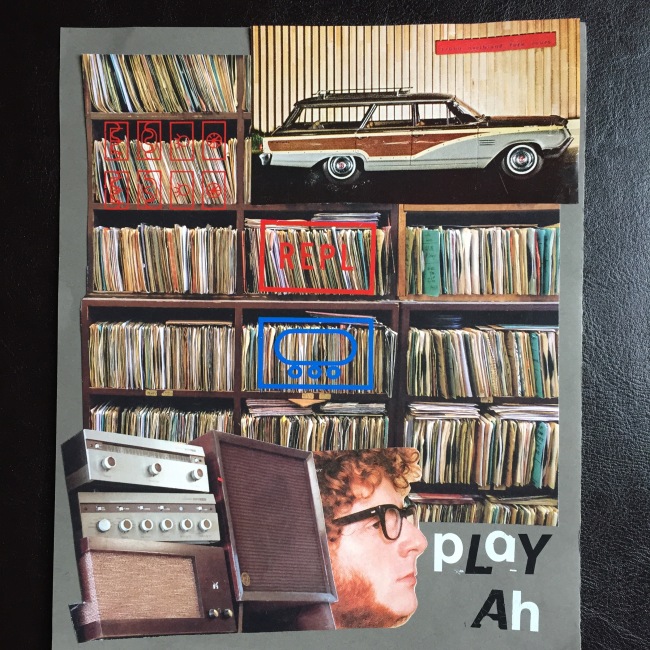 Wednesday Two was back at the IPRC open collage night. In the time I made one small piece, my friend made three! And this after she expressed a simultaneous desire to do something different, like collage, but felt a hard-to-define reluctance. While I rooted around in boxes of old rub-off letters and symbols designated as military labelling, she over came her inner critic with flying colors! Friends, libation, glue sticks – It’s a good time!