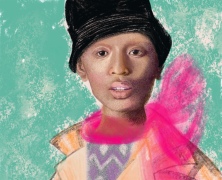 Her understated natural beauty is the perfect complement to Prada’s natty coat and a whimsical hat, which were featured on the cover of a New York Times fashion insert. Tomorrow is my third work trip to southern Oregon this year. It was during the 2nd that I started this – months ago. I have a […] 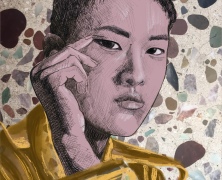 So long Sohyun. The third and final portrait from my spring copy of The Gentlewoman magazine is complete. I’ve taken a set of ＠Sktchyapp Procreate courses from Lisa Filion (aka the Pixel Princess) as well as a the Creative Bug portrait-a-day tutorial challenge by Charlotte @blueshineart. Their tools, tips, and techniques are all under exploration […]

What is the likelihood that the first title that pops into your head, you’ve already used? How many Rocket Man posts can I create? James Harden of the Houston Rockets may be more deserving of the title from a literal POV, but I sketched the rocket of another James – James Todd Rouse – at […] 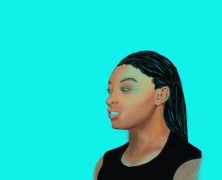 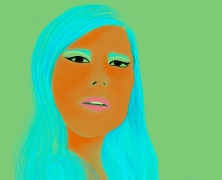 Finally! And fi-nal-ly, I sprang for my first iPad. I have waited for the perfect pencil for a long time, but Luddite that I am, waiting years on technology is no problem. It’s been worth the wait. I’ve been playing with the layers and features, and watching YouTube videos and generally delighting in having a […] 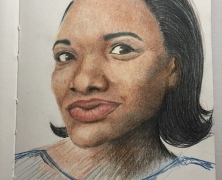 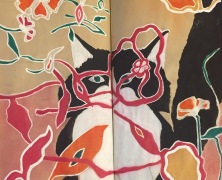 Everything about this effort was backwards. It began with lazily copying a flower motif from a throw pillow onto craft paper in my sketchbook: low effort, low attachment. I counterintuitively added the cat after and behind the flowers.  I then began my descent into art supply free fall. Darkening it with peerless water colors, then […] 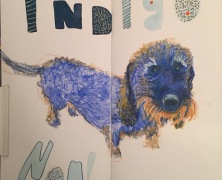 A friend visited last weekend and we went to the Apple Store and cooed over the iPad Pro. The drawing apps and pencil were really amazing.  I’ve wanted an iPad off-and-on for years, but couldn’t really justify it. Still can’t, actually.  Not for awhile anyway. I decided I didn’t need it to do “looser, painterly’ […] 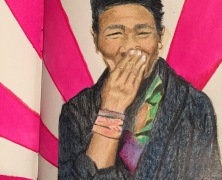 In the original photo by Scott Shuman (of  The Sartorialist), this man is clearly laughing at something. Hopefully that translates. Throughout this study I felt he was yawning – politely trudging along with me for the two-plus-months’ journey of lunch hours, stolen moments, and problematic-hand-abandonment. I finished it tonight sitting in front of a fireplace […] 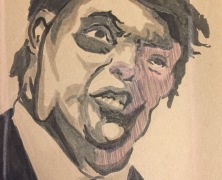 Quick and dirty is showing. Mine and Donald’s. Based on a sticker on the back of my notebook that was, well, unflattering to begin with, I have created the Pig Man.  I drew directly with a set of gradient gray Pitt markers onto the craft paper in my  Midori Traveler’s Notebook.  This grotesque lunch hour […]