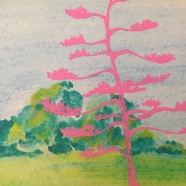 The only frame of reference I’ve had for Malibu, until just recently, was Malibu Barbie. I had a cool Barbie house that opened flat to become a beach house, or doubled up on top of itself to become Barbie’s ski chalet.

My significant’s parents live there, and when a parent fell, broke ribs, and punctured a lung that partially collapsed, we visited to cook, clean, go to Dr. appointments etc.  I made a two month supply of ritzy dog food and picked up a lot of poop.

But then again, there was that view.

Caregiving is constant, but I did have a few stolen moments to sit outside and sketch. I like the fluorescent accents. They go hand in hand with my concept of palm trees and beaches, which is to say the 1980’s and Miami Vice.

Multiple arrivals of orchids cheered the recovering patient as they are her favorite flower and are – real or fake – in almost every room of the house. 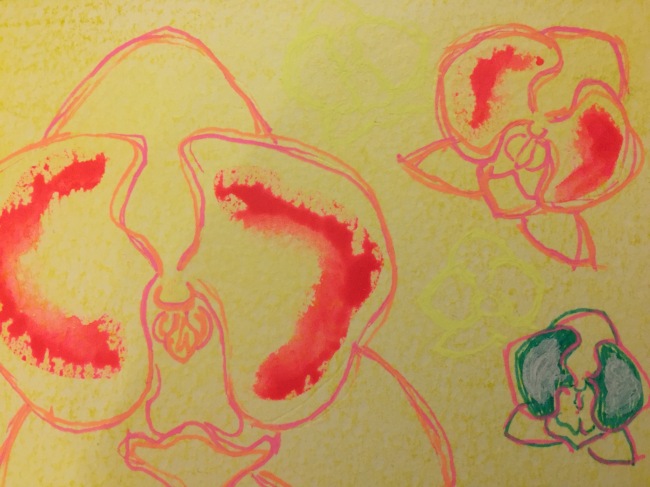 The sun was good and the traffic hell.  Actual sea breeze is delightful, but I’m happy to be back to the equally delightful scent of crisp early morning foresty mists.