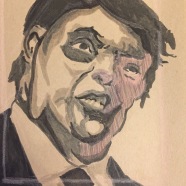 Posted by moonminded on November 12, 2016 in Portraits, Sketch | Leave a comment

Quick and dirty is showing. Mine and Donald’s.

Based on a sticker on the back of my notebook that was, well, unflattering to begin with, I have created the Pig Man.  I drew directly with a set of gradient gray Pitt markers onto the craft paper in my  Midori Traveler’s Notebook. 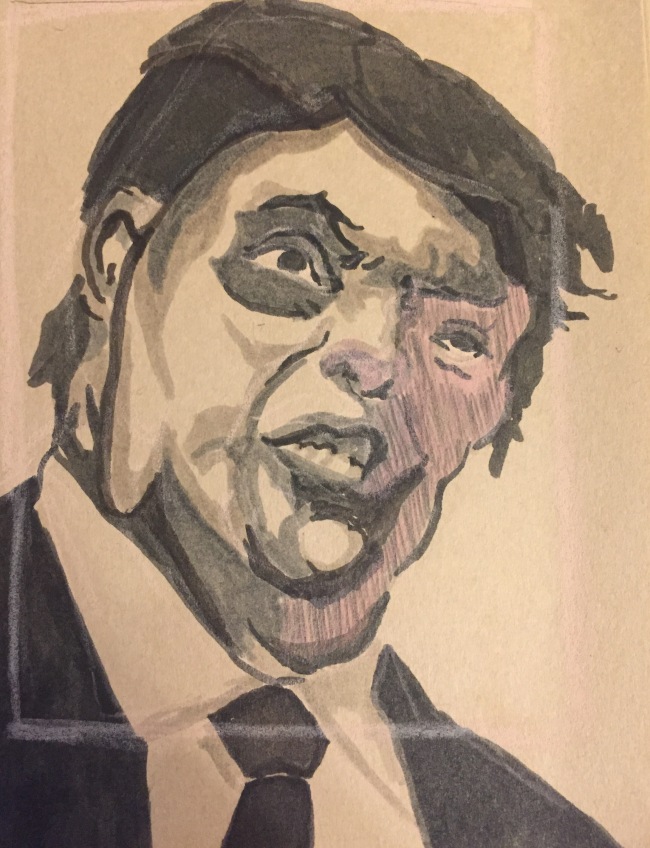 This grotesque lunch hour development shot me back in time to 1996-ish, when I lived in Japan. American TV was a precious commodity circulated in the expat community by those lucky enough to have siblings who sent VHS tapes of Conan O’Brien and … the X-Files.  If you have seen the 1996 episode “Home” you can see what I mean. Although I didn’t realize it, as I googled around to find the title of the episode, I learned it was banned from Fox network after airing, and is considered the most disturbing episode. Go figure. 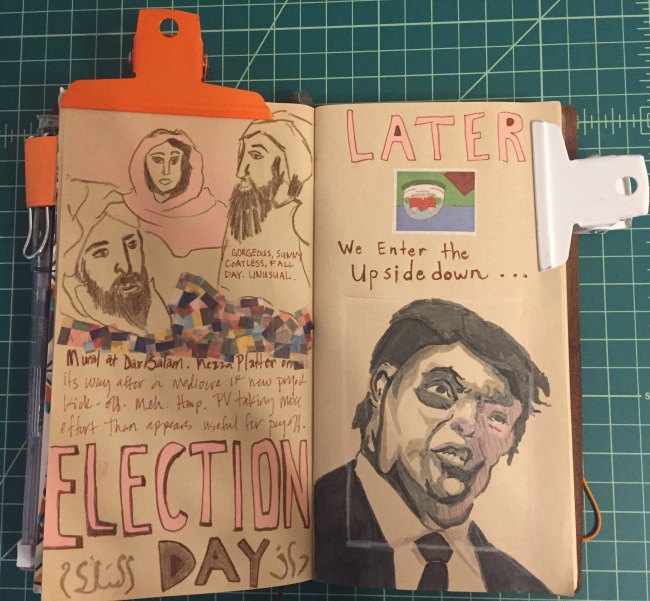 On my November 8th lunch hour I sat outside, coatless in the sun, and sketched  some people in the mural at an Iraqi restaurant near work. November 9th, I began processing. Now, side by side in the aftermath, I hope they menace The Donald.