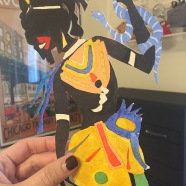 Posted by moonminded on January 31, 2017 in Uncategorized | 2 Comments

I think Circe is next.

That’s what I wrote in a May 20th, 2014 post of a Romare Bearden study of Poseidon. And she was. But after the difficult figure was on paper – the simplicity and elegance of his execution with paper cutting is deceiving – I stalled out – for over two and a half years! 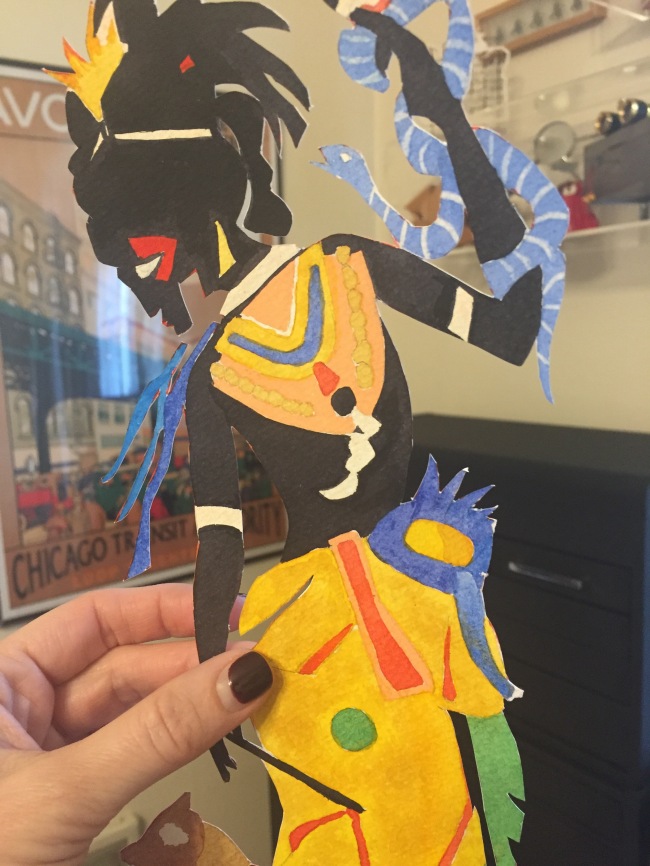 The background wash looked like a bottle of Heinz exploded.

Not my last time with a difficult background wash. I salvaged a cute kitty portrait by cutting her away from her distressed background in Blockhead. So it’s weird that it took me this long to return to Circe with the bright idea to cut the pieces out and reconfigure them on a better wash. Cut out paper pieces, to, uh, do a study on a collage piece? Wow. I’m a rocket scientist of amateur art today. 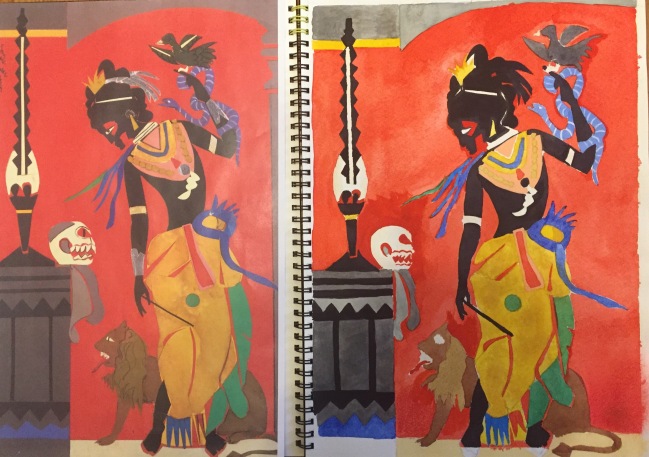 She is so lithe and beautiful in the original I could look at her all day. That’s a witch for you – hyp-NO-tized!

I’ll go ahead and X-acto away a few more elements then end her spell on me and my blighted notebook page once and for all.